Back to the Future with Calvin Klein 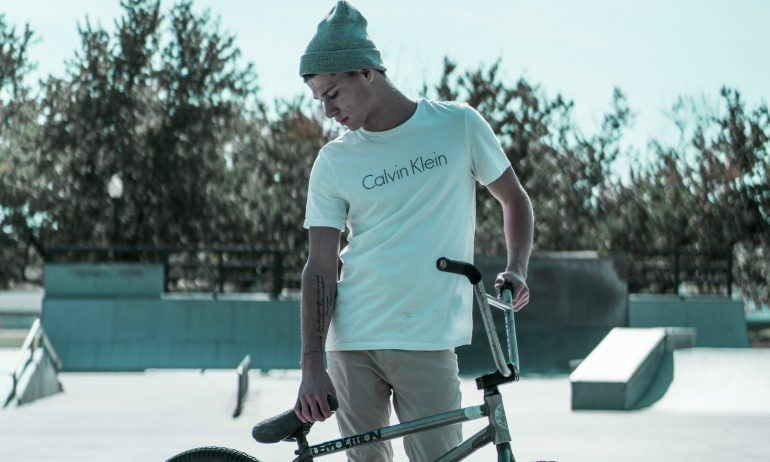 It is almost 29 years since Marty McFly burst on to our screens in the first of the Back to the Future trilogy in 1985.  Michael. J. Fox became an icon and, due a resurgence of vintage clothing and 80’s fashion, his costume remains fashionable even now.  The advertising department in the movie took product placement to a different level when it incorporated the Calvin Klein brand, into the plot of the film.

We will never forget the awkward moment when Marty discovers that his jeans have been removed and his mother assumes he is called, ‘Calvin’, due to the name on his underwear!

Without a doubt Marty McFly was one fashionable guy and wore his body warmer, jeans, trainers, shirt and denim jacket to perfection.  His costume is so cool that it would be perfectly acceptable to wear the whole ensemble today and feel confident that you will look just as good as Marty did nearly 30  years ago!

Therefore, we’ve selected a bunch of items from our range that resemble the clothes worn in the film – enjoy!

With so many styles to choose from we have decided to opt for the 3 pack of trunks by Calvin Klein because why choose one great piece of underwear when you can have all three? The brand name is present round the waist elastic as in the film and you have a choice of three great styles in one set. 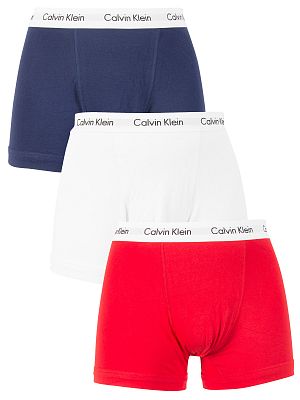 These Hilfiger Denim Checked Shirts are not featured in the film but are very similar and would look just great under a denim jacket and red body warmer. 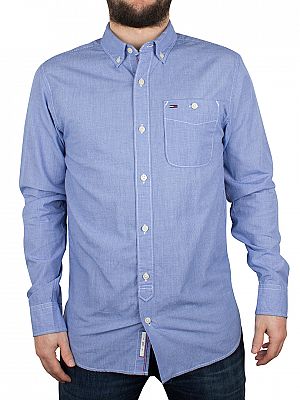 If you are going to wear a denim jacket in such an iconic ensemble then choosing this Levi’s Slim Trucker Denim Jacket is the classic choice.  Not only is it part of denim royalty it is also a slim fit meaning that it would fit perfectly under your gilet.

G-Star’s selection of Low Tapered Jeans are a perfect match because some of them have a distressed look and the legs taper in the same way Marty’s do in the film. 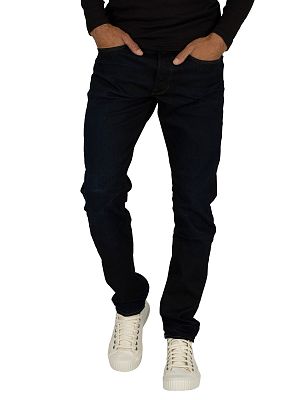 In the film Marty wore Nike trainers but we think our selection of Converse High-Top Trainers are just as cool.  Suitable for using on a skateboard, for casual or going out on the town, they’ll also look great on stage when performing a rift on the guitar!

Isn’t it ironic to think that the fashion that they predicted we would wear by the time we got to this time in the future is nothing like they expected.  In reality Marty could have worn the same costume in the 1985 and 2016 version of the film and it would be completely accurate.  If you’re a die-hard BTTF fan, check out their official website, follow their hashtag #BTTF2015 or check-out their Twitter account! 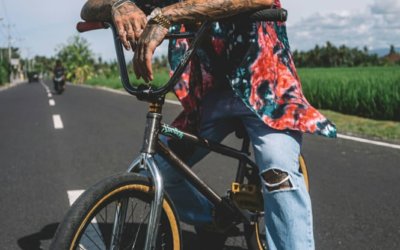 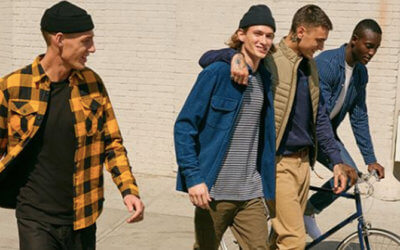 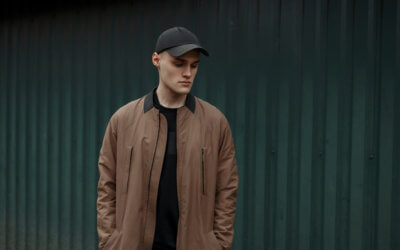 by Jade Brodie5 months ago