Manchester has left an indelible mark in the history of 21st century hip culture particularly in the music scene of the late 70s and the mid-90s. Among the most prominent examples why this northern part of England is the epicenter of hip are post punk pioneers Joy Division, pop punkers The Buzzcocks, and of course who could have ever forget the Madchester rave scene of the 90s. The legacy of this northern English town is carried out with much pride by none other than Cuckoos Nest. Cuckoos Nest is a clothing company based in Manchester, England. Established in 2010, the company has made a name in the fashion scene due to its unique, highly creative, and very innovative t-shirt designs and prints. Cuckoos Nest T-shirts are largely influenced by the hottest trends as well as iconic concepts prevalent in music, art, film, and life as a whole.

A Wild Explosion of Design Ideas
Cuckoos Nest T-shirts are easily recognizable for it showcases mind-blowing graphic designs that would definitely grab your attention by neck no matter what. Fun fact: Cuckoos Nest T-shirts are regarded as a favorite among men with great fashion sense. However, this does not mean that only those who have an eye for the latest fashion can wear this shirt. On the contrary, Cuckoos Nest approach in designing its tees is egalitarian in a sense that it follows the D-I-Y ethos when it comes to choosing the best graphic prints. T-shirt prints ranges from the hipster pedestrian to the most spaced-out avant garde style. Inspirations are drawn both from the commonplace and the cutting-edge in pop culture. So do not act surprised when you see Cuckoos Nest shirts printed with images of Kanye West and Charlie Sheen.

Sexy Yet Stylish
Apart from pop culture references, Cuckoos Nest also draws inspiration from sex. However, this is done with class instead of the sleazy way as other tasteless clothing brands do. This makes Cuckoos Nest shirts sexy in a cool way instead of being merely sleazy. So even if scantily clad babes are shown in any of the printed shirts made by the company, what is evoked in the mind of bystanders is art and not sleaze. Though this task is really no walk in the park, Cuckoos Nest succeeded transforming even the most seemingly cheap looking near-pornographic image into pure art and thus beauty. This will almost remind those who know their fashion ABCs of 70s punk art as influenced by the Situationists and the Dadaists. But enough of this high-falutin gibberish. The fact of the matter is, Cuckoos Nest T-shirts are fun to wear. Unlike your typical clothing line, it is far from being commonplace and boring. In fact, every design jumps right in your face with electric urgency.

Live Dangerously!
So if you are constantly living on the edge and enjoy living your life with gusto then go tell the world about it. Express yourself with Cuckoos Nest T-shirts. Wear your attitude in your sleeve. Wear Cuckoos Nest!

Is Jonah Hill wearing a Scotch & Soda polo in his latest flick? 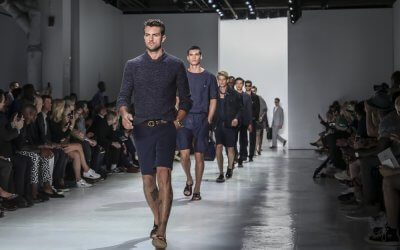 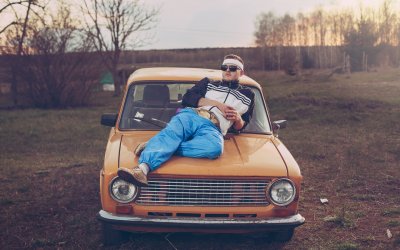